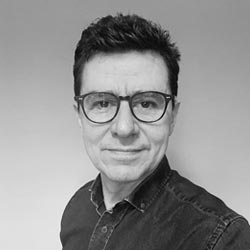 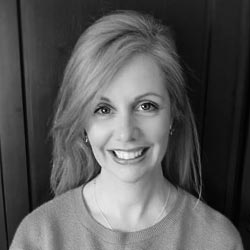 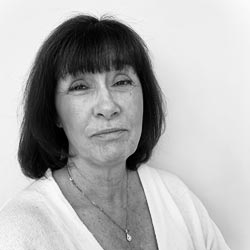 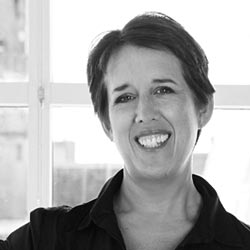 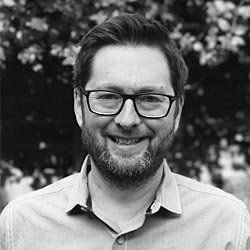 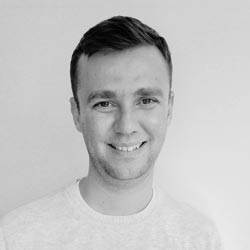 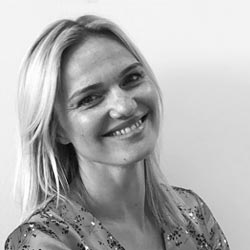 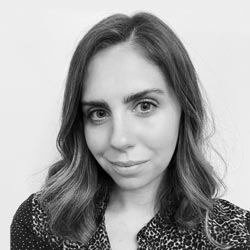 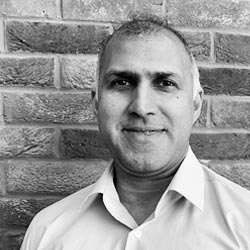 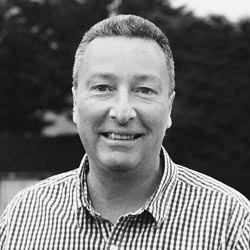 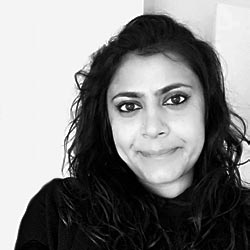 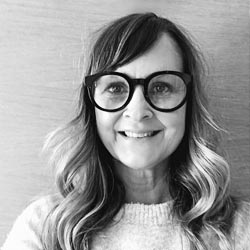 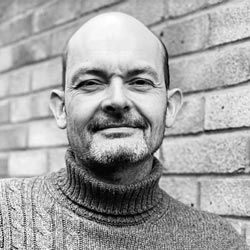 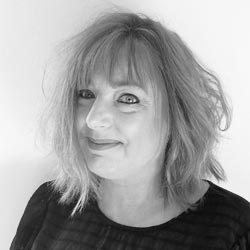 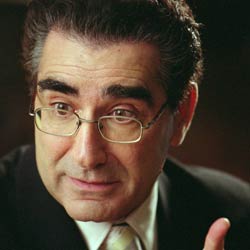 Richard became Director of Unscripted for Lifted Entertainment in 2020, having kicked off his TV career as a runner for London Weekend Television over 25 years ago.

Working across both factual and entertainment programming, Richard produced and series produced across a wide variety of shows including Ibiza Uncovered, Temptation Island, and Airline, before going on to co-create and Executive Produce I’m A Celebrity... Get Me Out Of Here! and Hell’s Kitchen. He led the relaunch of Ant & Dec’s Saturday Night Takeaway in 2013 and Love Island in 2015.

As Director of Unscripted for Lifted Entertainment, Richard continues to oversee programming but with a focus on developing new business opportunities and returnable, unscripted formats.

Away from work, Richard enjoys cycling, perseveres with pilates and runs because it’s good for him. He is married, with a dog that worships him and two teenage sons that tolerate him (sometimes). 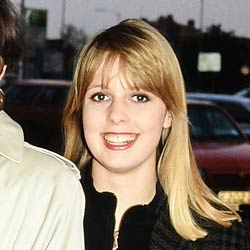 Jeanette joined ITV more than 20 years ago as a production coordinator and has worked across numerous genres for a number of broadcasters, including Channel 4, ITV 2, Channel 5, Discovery and ITVBe.

During her time with Lifted Entertainment Jeanette has also worked on some of the label’s most established shows, including I’m a Celebrity... Get Me Out of Here! and Love Island, Hell's Kitchen and Dancing on Ice and travelled from South Africa, to Australia to Mongolia! 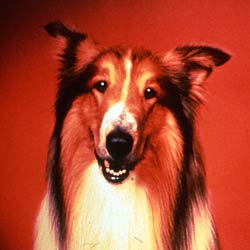 Karen became a Lifted Entertainment Production Executive in 2012 and is based at Media City, Salford.

Having started her career with the BBC, before joining ITV, Karen has worked on a wide range of hit shows for numerous other broadcasters, including Channel 4, National Geographic, Discovery and Channel 5.

Karen’s work currently spans many shows and genres, from one-off documentaries to big entertainment quiz brands such as Countdown and University Challenge, as well as clip series, including Alright On The Night and You’ve Been Framed.

When not tied to her computer, Karen loves a game of golf – which she finds strangely addictive – and when not going for a hole in one, she enjoys wandering around Europe in an old Winnebago with her two dogs and husband (in that order). 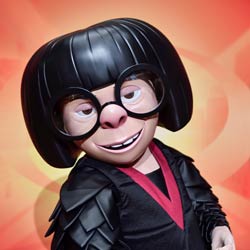 Fiona joined Lifted Entertainment as a Creative Director in 2019 and oversees The Voice UK, The Voice Kids, Dancing on Ice, The Royal Variety Performance, The British Soap Awards and The Olivier Awards, as well as heading up several one-off specials, including McFly - All About Us and Gary Barlow's Night At the Museum.

With more than 35 years’ experience in the industry, Fiona has worked on a wide range of music and entertainment shows, including Live Aid, The Word, The Big Breakfast, Elton John At the Royal Opera House, Children In Need, An Audience With Michael Buble, Tonight At The London Palladium, the return of Who Wants To Be A Millionaire and the BAFTA award winning Sound of Music Live.

When not at her desk Fiona can often be found either sky diving, free running or Olympic standard Greco-Roman wrestling. 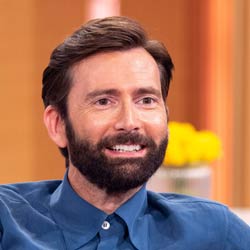 Tom was appointed Creative Director of Lifted Entertainment in 2020 after working on some of the label’s most successful shows as a series producer and then executive producer.

Having kicked off his TV career as a runner on an undercover investigations series for Carlton TV, Tom has more than 25 years’ experience working across numerous genres, including factual, entertainment and factual entertainment.

As Creative Director of Lifted Entertainment, Tom currently oversees the label’s BAFTA-winning reality shows I’m A Celebrity... Get Me Out Of Here! and Love Island.

When not at his desk, Tom can mostly be found wrangling two small children while still trying to find time to cook, run, watch a good movie… and catch up on some much needed sleep. 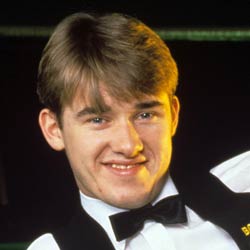 With a TV career spanning more than 20 years, one of Lee’s first telly jobs was on the popular daytime show Cash In The Attic, before going on to produce award-winning formats such as How Clean Is Your House? and The Apprentice.

Lee worked on the very first series of The X Factor and eventually became creative director for show creators Syco Entertainment, where he also worked across several genres including quiz shows, documentaries and international entertainment formats.

During Lee’s time as executive producer of Britain’s Got Talent, the multi award winning show was recognised as the world’s most successful reality TV format.

In his spare time, Lee loves nothing more than to cook, read, binge watch ‘90 Day Fiance’ and will often be heard belting out Whitney Houston hits... to which he knows ALL the words AND harmonies!

Kat has been Head of Development for Lifted Entertainment since 2020 and manages the London based development team.

Prior to joining, Kat was managing director of TV production company Fremantle’s youth label, Shotglass, where she was instrumental in creating the BAFTA nominated series Eating With My Ex.

Kat, whose first job was as a PA for the boss of a commercials production company, has also previously been responsible for running the digital and commercial strategies of some of the biggest global TV brands, such as The X Factor and Got Talent.

When not developing new TV show ideas, Kat can be found either gardening, mountain biking, or attending dance raves off Junction 9 of the M1. 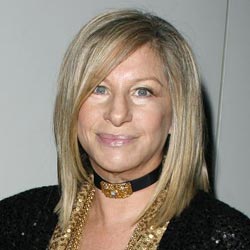 Micky was appointed Lifted Entertainment’s Head of On-Screen Talent in 2020, after working on some of the label’s biggest and most successful shows as a Casting Executive.

Previous credits include Soccer Aid, Celebrity Big Brother, Splash!, Ant & Dec’s Saturday Night Takeaway and I’m A Celebrity... Get Me Out of Here!, which she still casts today.

As Head of On-Screen Talent, Micky oversees talent across all shows in the department and works closely with the editorial teams in the development of new ideas.

When not at her desk you’ll almost certainly find Micky running around after her Labrador puppy, Ziggy, and then posting a mind-numbing number of pictures of him on Instagram. 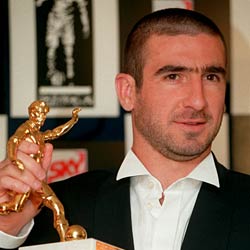 Nilesh became Head of Business Affairs for Lifted Entertainment in 2013, having previously worked on several other ITV Studios labels.

The wonderful team Nilesh manages ensure they provide the business with prompt and dependable advice as well as providing practical solutions to problematic issues.

Before joining Lifted Entertainment, Nilesh worked across various genres, including factual and daytime, but now oversees business affairs on the label’s biggest and most successful shows, including Ant & Dec’s Saturday Night Takeaway, The Voice UK and I’m A Celebrity... Get Me Out Of Here!

When not knee deep in legal and business affairs matters, Nilesh would like you to think he’s off shark cage diving, extreme pogo sticking, volcano boarding, or playing guitar in a Prince tribute band when, in reality, he’s almost certainly eating a good meal or watching cricket on TV. 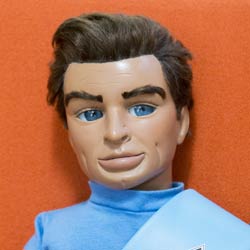 David has been Finance Director for Lifted Entertainment since 2009 and leads the label’s finance teams, as well as managing the department’s financial planning and reporting.

During his time at ITV Studios, David has managed finance departments across most genres, including Entertainment, Factual, Daytime, Arts, Sports and Children’s TV.

When not overseeing the label’s finances, David spends a lot of time trying to get his kids off Tik Tok in time for their dinner, following the ups and downs of his beloved Liverpool FC and enjoying holidays with limited Wi-Fi coverage. 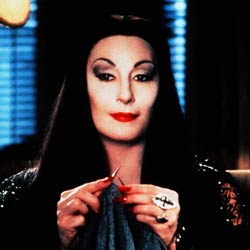 Minal joined Lifted Entertainment as Head of HR in 2018 and is responsible for the label’s London and Manchester teams.

With more than 15 years’ experience working in HR, Minal previously worked in banking and higher education before moving into TV production.

Before joining Lifted Entertainment, Minal worked across a number of TV genres, including factual, current affairs and documentaries. Minal and her team pride themselves on giving trusted advice for practical solutions.

Outside of work Minal loves nothing more than two-stepping to her heart’s content at a dance or house music festival. When not dancing the night away, Minal enjoys cardio exercise - but loves to hate a burpee – and has a growing desire to explore East Africa after a recent trip to Uganda. 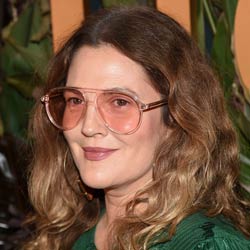 Clare has worked in entertainment her entire TV career and became a Lifted Entertainment Production Executive in 2019.

Starting out as a trainee cost manager, before becoming a production manager and then line producer, Clare has a long and distinguished list of shows to her name, including Dancing On Ice, The Royal Variety Performance, Saturday Night Takeaway and I’m A Celebrity... Get Me Out Of Here!

In her role as Production Executive, Clare oversees a wide range of entertainment shows but admits that the highlight, so far, was bringing I’m A Celebrity... Get Me Out Of Here! from the Australian jungle to a Welsh castle in 2020.

In her spare time Clare will often be found – and heard – laughing hysterically while watching the Holderness Family, Schitt’s Creek and listening to Tim Minchin’s witty ditties. And when not chuckling out loud at home, Clare will no doubt be off on one of her many wilderness adventures. 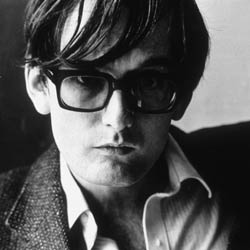 Marcus joined Lifted Entertainment in 2015 as a line producer, working on the first series of Love Island and has subsequently overseen production management teams on multiple series of the show both in Spain and South Africa.

As Production Executive, Marcus now has production responsibility across several entertainment formats, including The Voice and Ant & Dec's Saturday Night Takeaway and has overseen taking live episodes of the latter to both Walt Disney World and Universal Studios.

Prior to joining Lifted Entertainment, Marcus worked as a freelancer across a number of prime-time entertainment and reality formats for BBC1, ITV, Channel 4 and Sky.

Marcus spends much of his spare time being taken on long walks by his loving Labrador Ruby and plotting his next trip to somewhere by the sea. 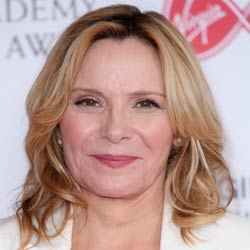 Tracy has been Talent Executive for Lifted Entertainment’s shows based in Media City, Salford, since 2011.

As a professional resourcing executive, Tracy has crewed up on a variety of ‘shiny floor’ entertainment shows, across a range of budgets, including The Voice Kids, Countdown, University Challenge and Dress To Impress, to name just a few.

Before joining Lifted Entertainment, Tracy was a director of her own company during which time she was a consultant talent executive for ITV and other independent production companies in the North of England.

Away from her desk, Tracy balances family life (successfully), voraciously reads murder mysteries (less successfully), and loves life... while patiently waiting for it to love her back.